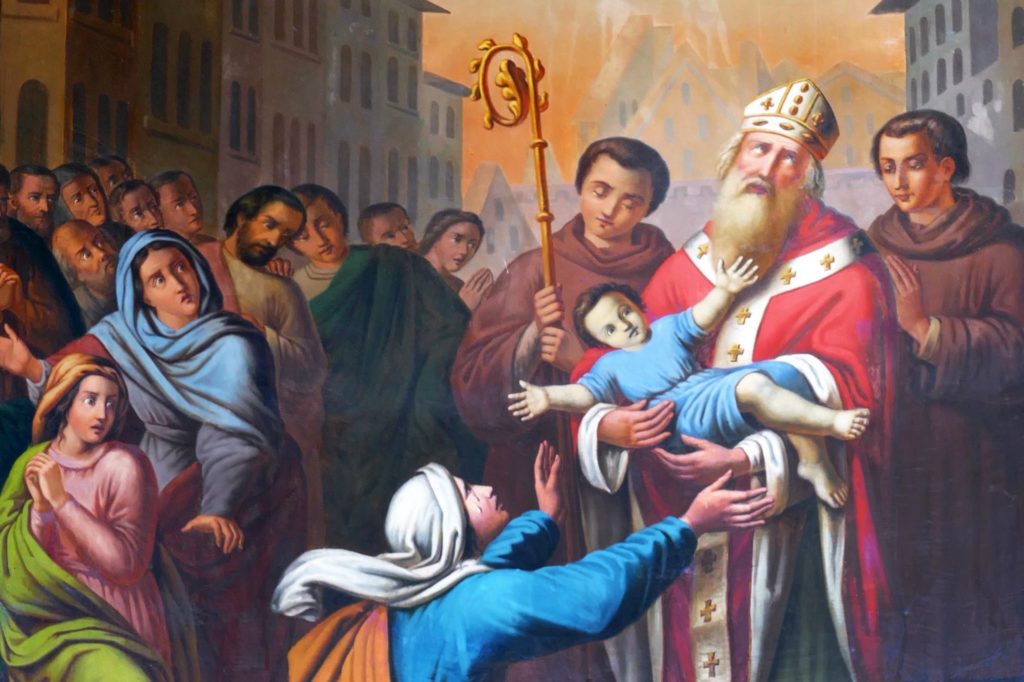 “Miraculously speaking infants who give witness to others’ blessedness include those who exclaim the sanctity of saints . . . Infants could also explain how a saint had protected them from harm, as did a ten-month-old child in the legend of St. Martin of Tours, when its mother feared that the baby would die without being baptized. She placed him on St. Martin’s tomb, and when he woke up, he laughed and called out, ‘Come here’ to his mother and asked her to bring him some water. . . Afterward, he ‘returned to the first wailings of infancy, and never spoke again until he reached that age at which children are accustomed to loosen their tongues in speech.’ ”