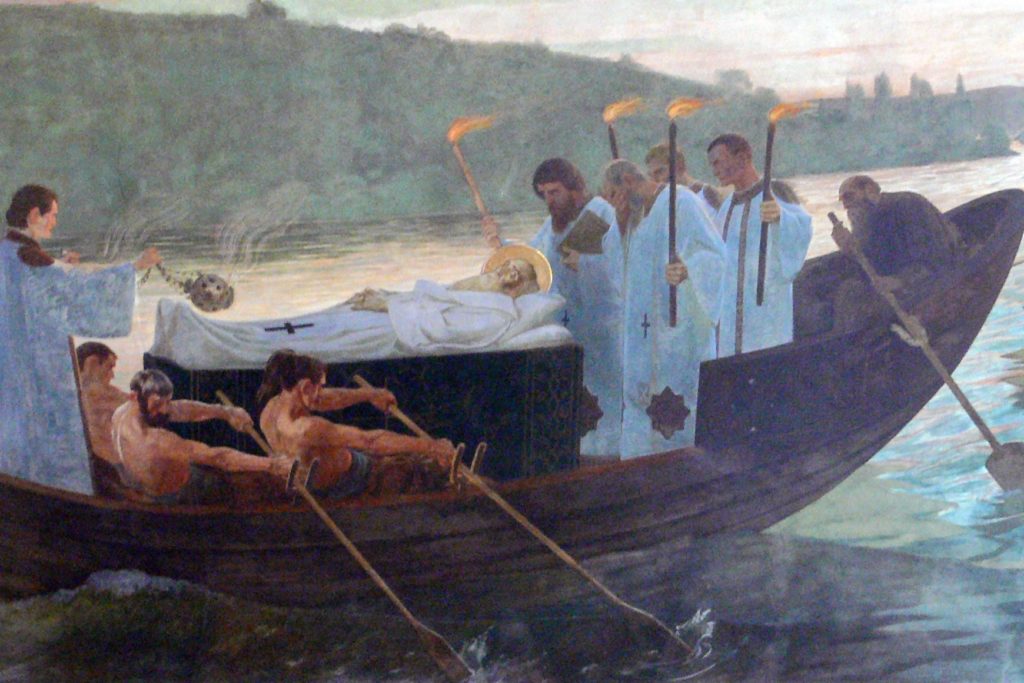 “Thousands of mourners of every age and class thereupon came to follow the barge along the towpath, and St. Martin was buried in his episcopal city, in the Cemetery of the Poor (his own preference, it was claimed). Over his tomb, successive chapels and basilicas were built . . . His shrine at Tours became part of the great pilgrimage route from Compostela in Spain to Rome, and his cult spread far . . . Moreover he is a saint of undivided Christendom, recognized in both West and East as ‘equal to the apostles.’

. . . But what chiefly recommends St. Martin of Tours is the uncontestable fact that he stands as the ideal missionary bishop: Single-hearted, fearless, and conspicuously holy.”

[Image: Detail from “Transfer of the Corpse of St. Martin” by Gebhard Fugel (1900), located in Stadtpfarrkirche St. Martinus, Wangen, Germany]