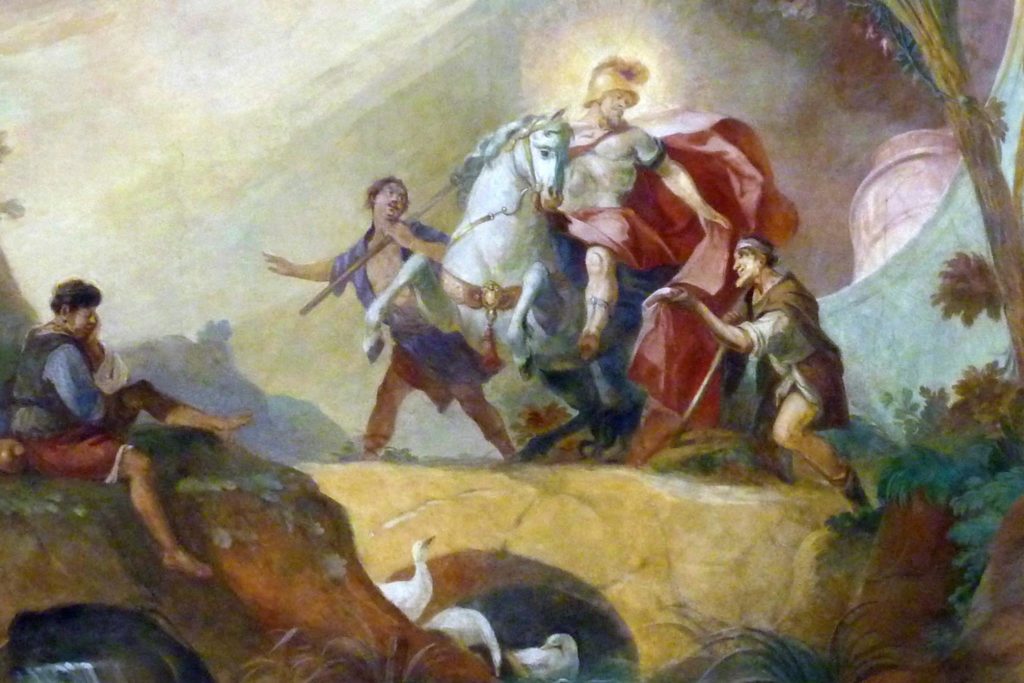 “St. Martin of Tours . . . became the patron saint of France. The Frankish kings preserved his cloak, or cappella, as a sacred relic, bearing it before them in battle, and keeping it otherwise within a holy sanctuary. This sanctuary thus became known as the cappella, and those under whose charge the cloak was placed were known as cappellani. These terms became chapel and chapelain in Old French, and thus yielded the English chapel and chaplain.”