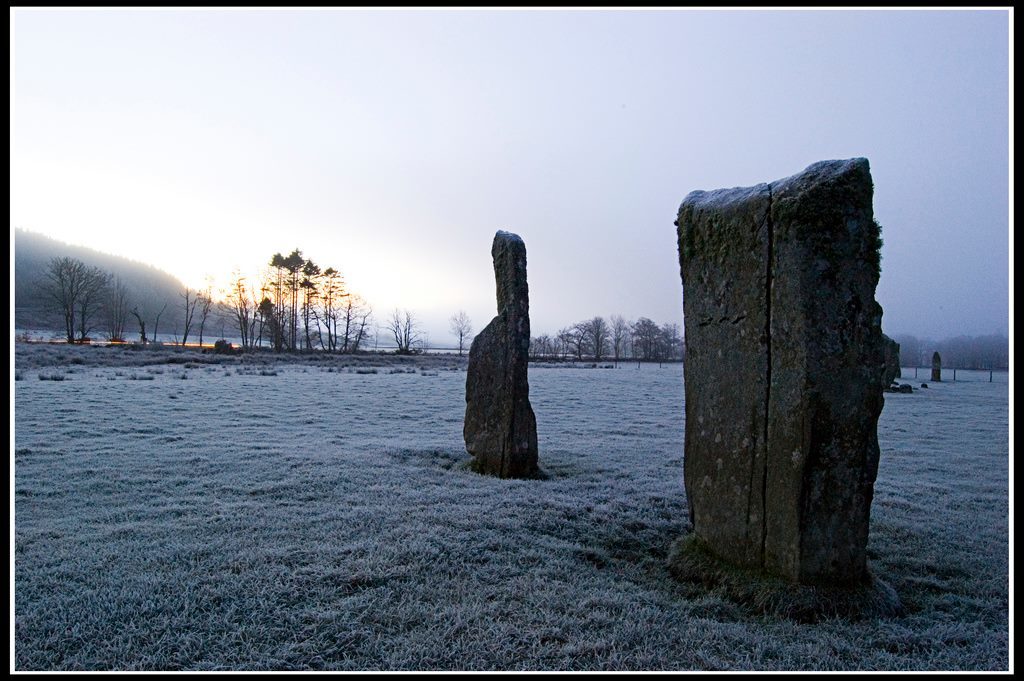 “St. Martin of Tours . . . is the only saint of this name with known connections with Scotland, and so it must be this remarkable miracle-worker who lends his name to Kilmartin in mid-Argyll on the west coast of Scotland. The prefix comes from ‘cille,’ which is Gaelic for ‘church.’ This lovely old area has an abundance of ‘old stone’ for us to puzzle upon. And some new discoveries too. It has recently been realized that there may have been an astoninishing three-mile long avenue of stones leading to and from the greatest display there of rock art . . . Three miles!

“Man has lived for perhaps 6,000 years around Kilmartin, and his legacies are all around. There is the line of five burial cairns . . . Older than these is the Temple Wood ring of 13 stones . . . ‘Temple’ or ‘Teampull’ sites are considered by astroarchaeologists to be of special significance . . . North lie the four Kintraw cairns, and a standing stone, 13 feet high, south-west of the large cairn beside the road, which was possibly a Neolithic calculator for midwinter solstices, using mountain peaks on faraway Jura.”

[Image: “-5 at Kilmartin (Kilmartin Standingstone)” by Alan Weir is licensed under CC BY 2.0]