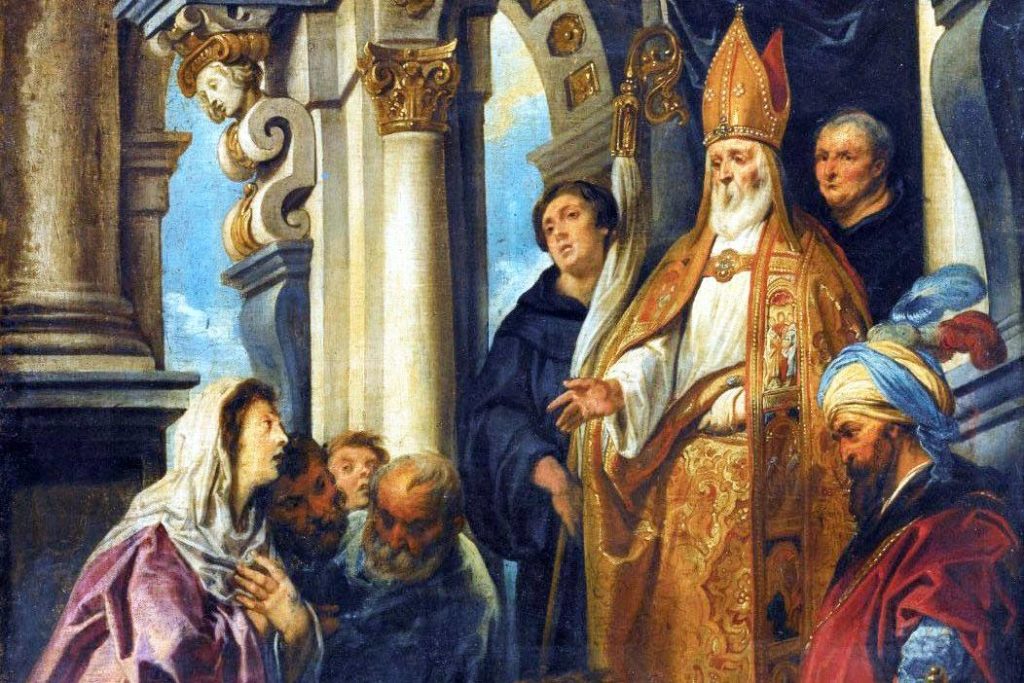 “[St. Martin] felt his vocation was to a solitary life—the desert monks of Egypt . . . being a powerful influence at the time. [Then bishop] Hilary [of Poitiers] gave him some land, but others, drawn by his example, came to join him, and what is generally considered the first monastic community in Gaul came into being. He spent ten years there, teaching and preaching, until the people of Tours wanted him as their bishop . . . Christianity was an urban religion in Gaul, and [St.] Martin was a pioneer in spreading it to rural areas, where he established a rudimentary parish system . . . He was unsparing of himself, travelling all over his diocese on foot, by donkey, or by boat. He ventured farther afield and preached in other dioceses, which did not always endear him to their bishops.”