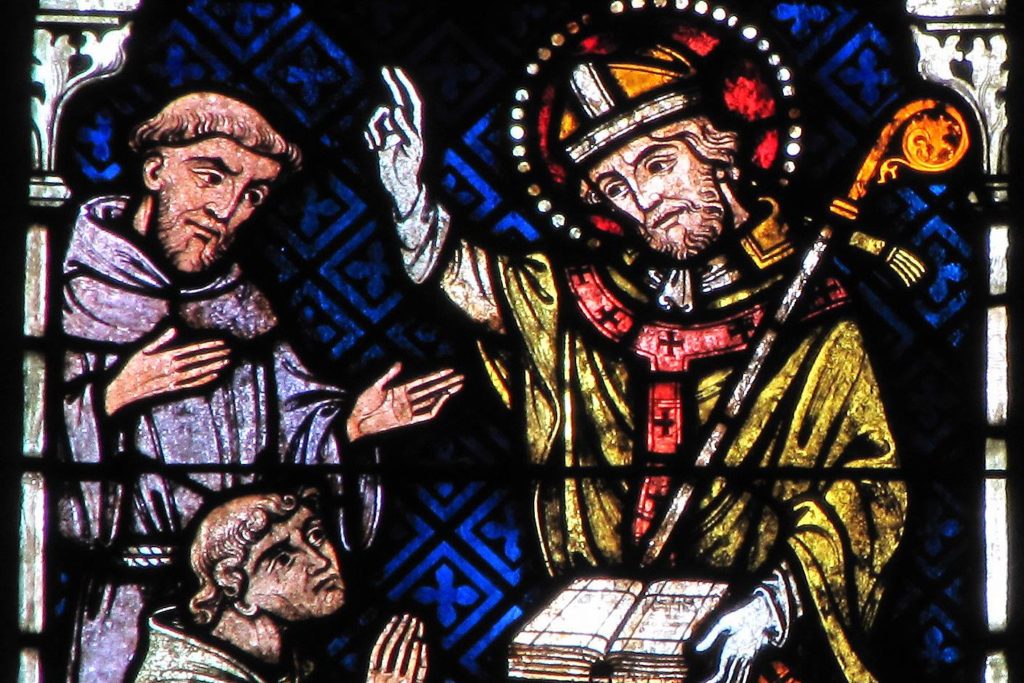 “The statement may be accepted as true, that on his way back to Britain, [Saint] Ninian visited Martin of Tours. This doctor was beyond doubt a man of capacious intellect, of large and bold conceptions, of resolute will, and, we may add, of fervent piety. His genius stamped itself not only upon his own age, but also upon the ages that came after . . . Martin, as a matter of course, could communicate his view to Ninian; and Ninian would as naturally defer to the great doctor then in the zenith of his fame. The missionary of Galloway became a convert to monachism as an agency for combating the corruption and dispelling the ignorance of the age. On these lines he would henceforward work on returning to his native land. Accordingly, before leaving Tours he arranged with Martin that masons should follow him into Scotland and build him a sanctuary in which he might celebrate worship with more solemnity than aforetime.”