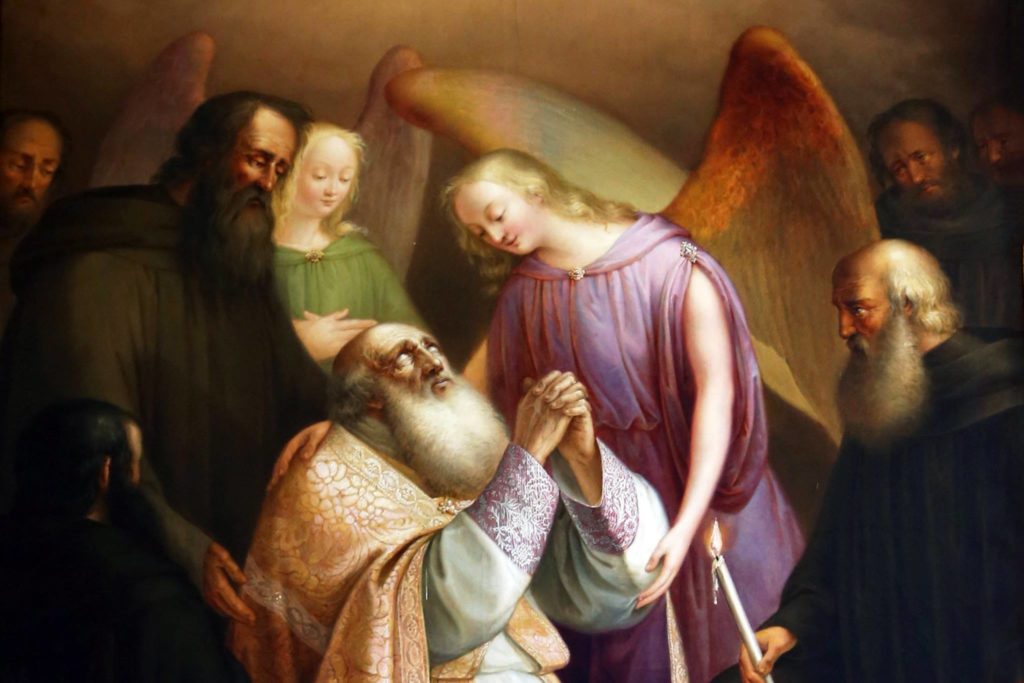 “Hagiography—that is, writing about saints—was one of the most common forms of narrative literature in the European Middle Ages . . . After the persecutions came to an end in the early fourth century, the heroes of the faith came to include not only martyrs but also those known as ‘confessors,’ who witnessed to their Christianity by living lives of extraordinary holiness . . . The lives of Antony of Egypt (c. 251-356) and Martin of Tours (c. 335-97) were early examples of this form, and they established patterns for depicting sanctity that influenced writers throughout the medieval period.

“The passions and lives of the saints served to preserve the local memory of these holy people and also to convey information about them to Christians elsewhere. That some saints, such as Antony and Martin, who lived before the development of papal canonization, gradually came to be known and venerated throughout Christendom often depended on the existence of a hagiographic record of this sort.”