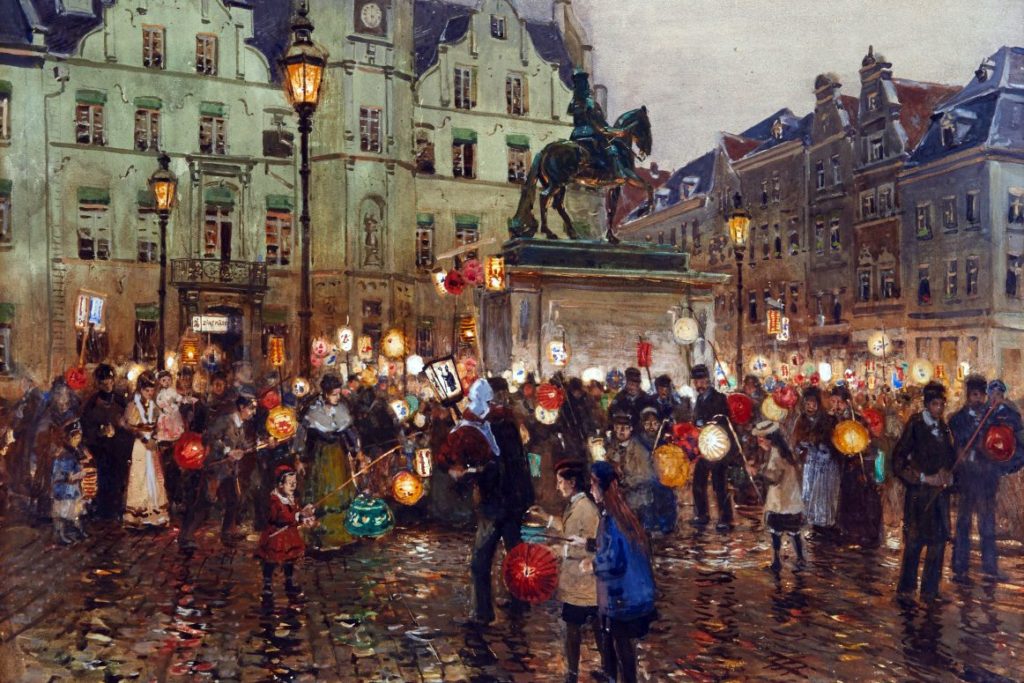 “By early November, winter is already spreading its dark cloak over the landscape. What better time to send the children parading through the streets with pretty lights? In Germany’s Protestant north, this can happen anytime during the autumn. In the Catholic south, lantern processions are centered around the larger observance of St. Martin’s Day on November 11. There, the Christmas season is ushered in by the figure of St. Martin himself, riding into town on a white horse . . . Martinmas lanterns are supposed to represent the light of the Christian faith . . . ”

“In the Bible the lamp or lantern symbolizes the inner light of faith. They also indicate materially the eucharistic presence.”

—Maurice Dilasser, The Symbols of the Church (Collegeville, Minnesota: The Liturgical Press, 1999), p 44