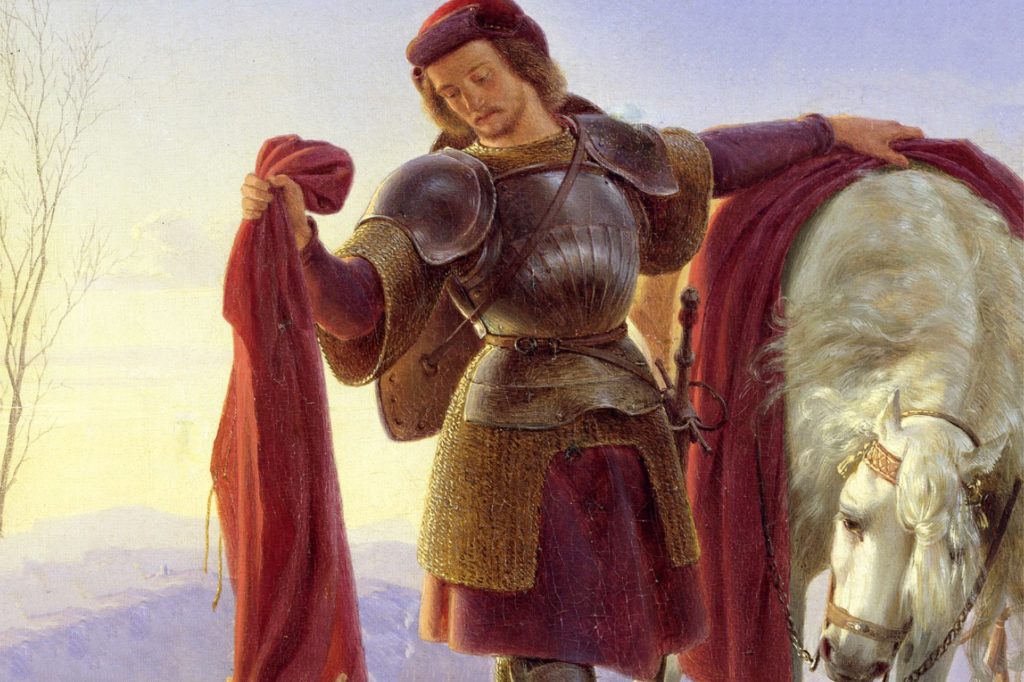 “Martin, that man full of God, recognized that a being to whom others showed no pity, was, in that respect, left to him. Yet, what should he do? He had nothing except the cloak in which he was clad, for he had already parted with the rest of his garments for similar purposes. Taking, therefore, his sword with which he was girt, he divided his cloak into two equal parts, and gave one part to the poor man, while he again clothed himself with the remainder.

“Upon this, some of the by-standers laughed, because he was now an unsightly object, and stood out as but partly dressed. Many, however, who were of sounder understanding, groaned deeply because they themselves had done nothing similar. They especially felt this, because, being possessed of more than Martin, they could have clothed the poor man without reducing themselves to nakedness.”