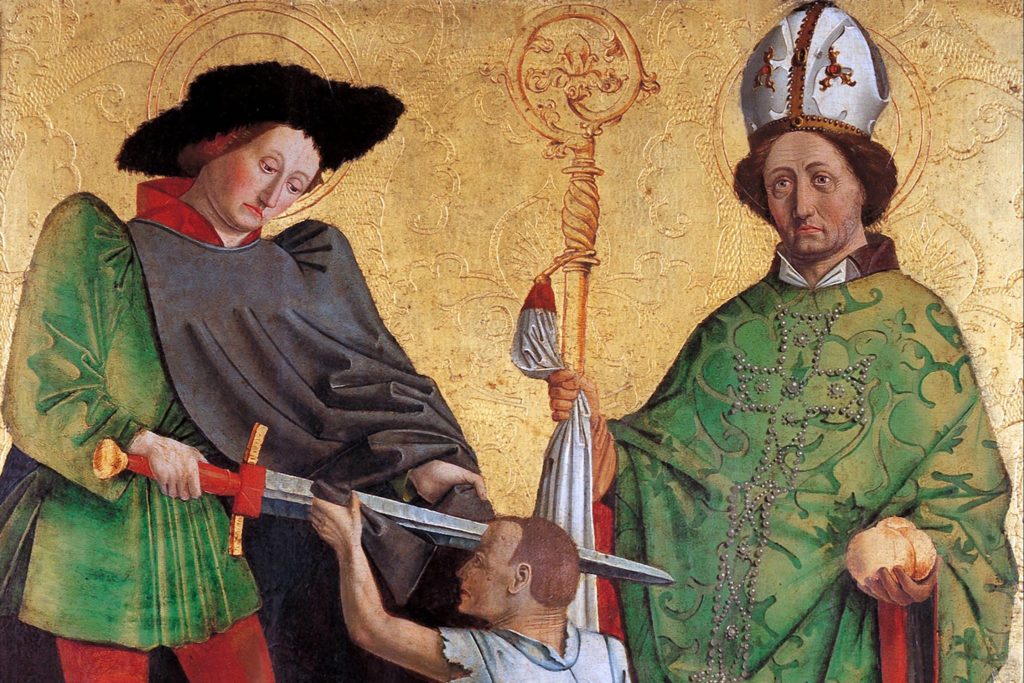 “In the Middle Ages Saint Nicholas, along with Martin of Tours, was celebrated as a true people’s saint because of the way he lived. This was unusual as most early saints were martyrs who had died for their faith. Nicholas was surely an early example of a saint who was honored for the witness of his life. Nicholas was a saint whose life bore witness to God’s work through a life of social value, lived carrying out God’s will. Both Nicholas and Martin lived to an old age and died peacefully. This may be one reason they were so very popular: They were examples of how to live, rather than how to die in times of persecution.”

—From St. Nicholas Center, www.StNicholasCenter.org, where there is more information about the saint, customs from around the world, stories and activities for children, recipes, crafts, and much more to help families, churches and schools learn about and celebrate St. Nicholas. Used by permission.

[Image: Detail from “St. Martin of Tours and St. Nicholas of Bari [a.k.a. St. Nicholas, bishop of Myra]” by Master of Uttenheim (15th Cent.)]