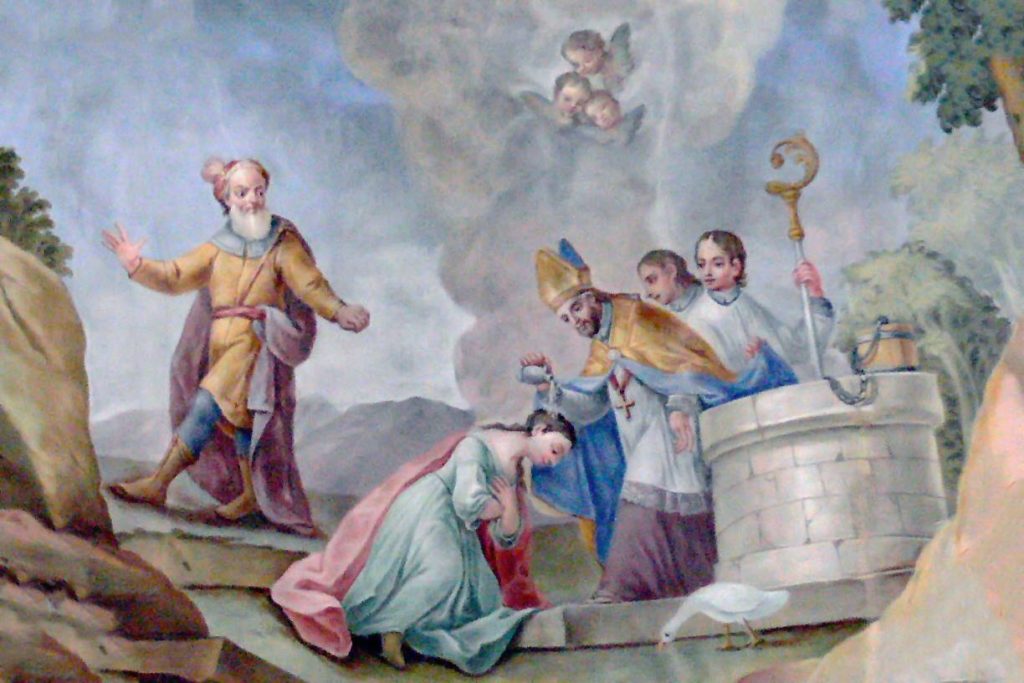 “Historian Peter Brown has richly documented [the ebb and flow of sacralization, desacralization, and resacralization in Late Antiquity], describing how through holy relics—and, much more importantly, in the East, through the life and death of holy men and women, monastics and saints and holy fools—’paradise itself came to ooze into the world.’

‘Nature itself was redeemed . . . The countryside found its voice again . . . in an ancient and spiritual vernacular, of the presence of the saints. Water became holy again. The hoof-print of his donkey could be seen beside a healing spring, which St. Martin had caused to gush forth from the earth . . . They brought down from heaven to earth a touch of the unshackled, vegetable energy of God’s own paradise.’ ”