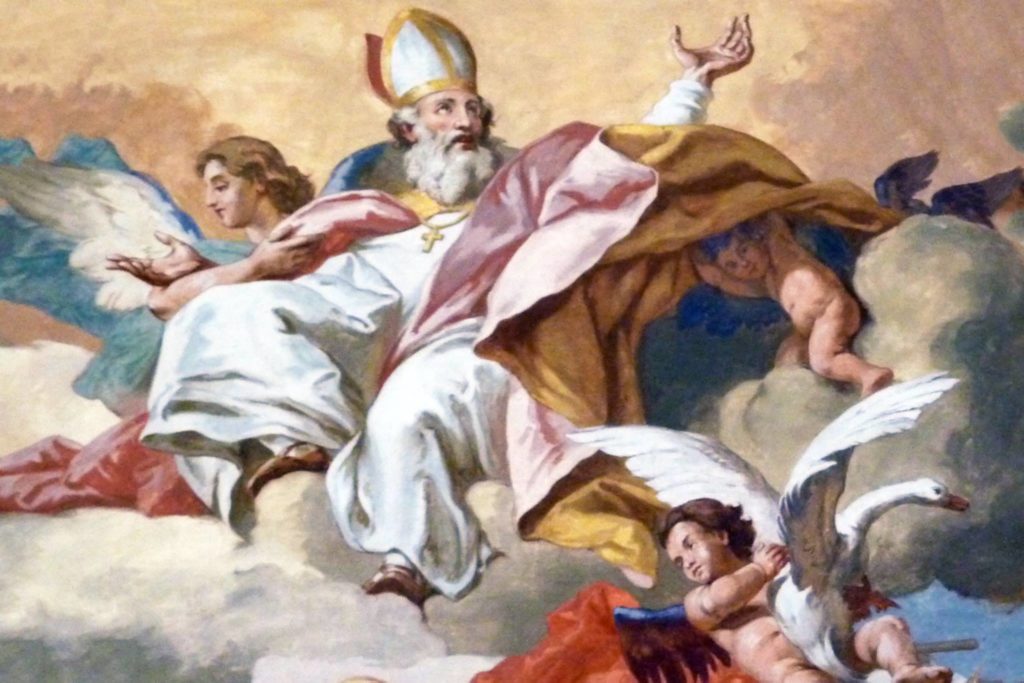 “In modern times, the goose has become consecrated to St. Martin, and medals have been struck, representing on one side a goose; on the reverse, the word Martinalia. Whence this singular association of idea? The festival of Saint Martin, of Tours, is indicated in the Catholic calendars to be held on the 11th November; and it was a rule among his devotees to roast a goose for the family-dinner on the day of his anniversary. Martin Schoock, a Flemish monk, had made it a case of conscience, whether, even on the eve of the little lent, it be allowable to eat goose. But, after diving into the weedy pool of casuistic argument, the delighted devotee emerged with the permission to roast his goose. And thus the goose came to be a standing dish on the continent at Martinmas, as in England at Michaelmas.”