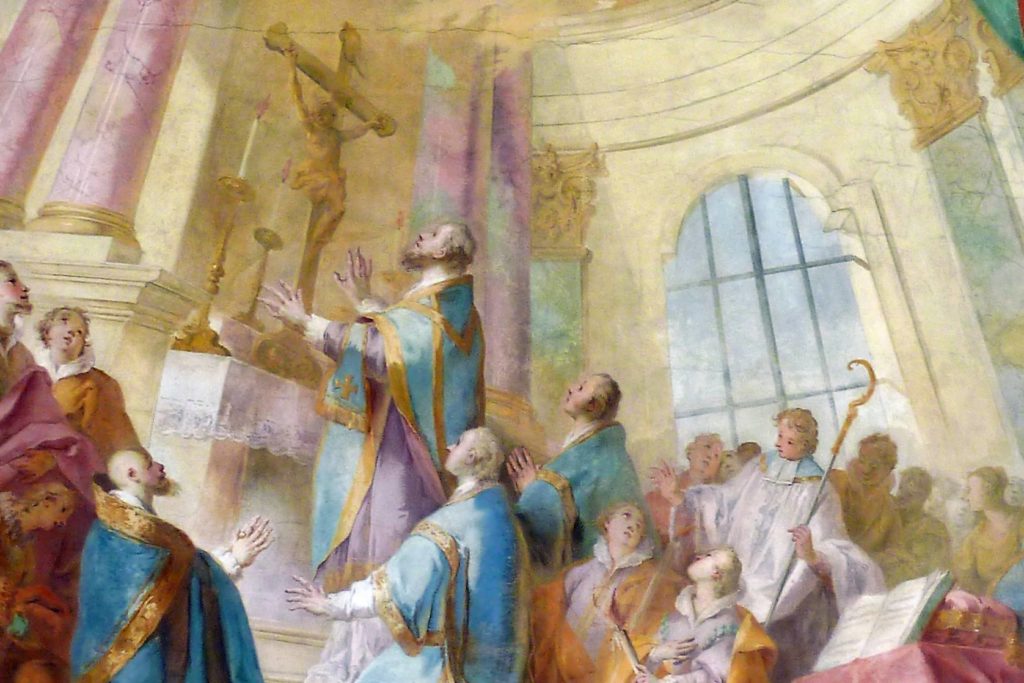 “Martin obstinately refused to communicate with those ecclesiastics who were demanding the use of violence against heresy. He even took the same attitude toward the local clergy who had not broken ties with them . . . Martin then proposed a farsighted compromise, which his antagonists (although they later broke their part of it) accepted . . . Martin’s intervention [over the heretics] was a result of his rejection of the use of secular power against heresy.”

—Jean-Michel Hornus, It is Not Lawful for Me to Fight: Early Christian Attitudes Toward War, Violence, and the State, trans. Alan Kreider and Oliver Coburn (Eugene, OR: Wipf & Stock Publishers, 2009), p 151