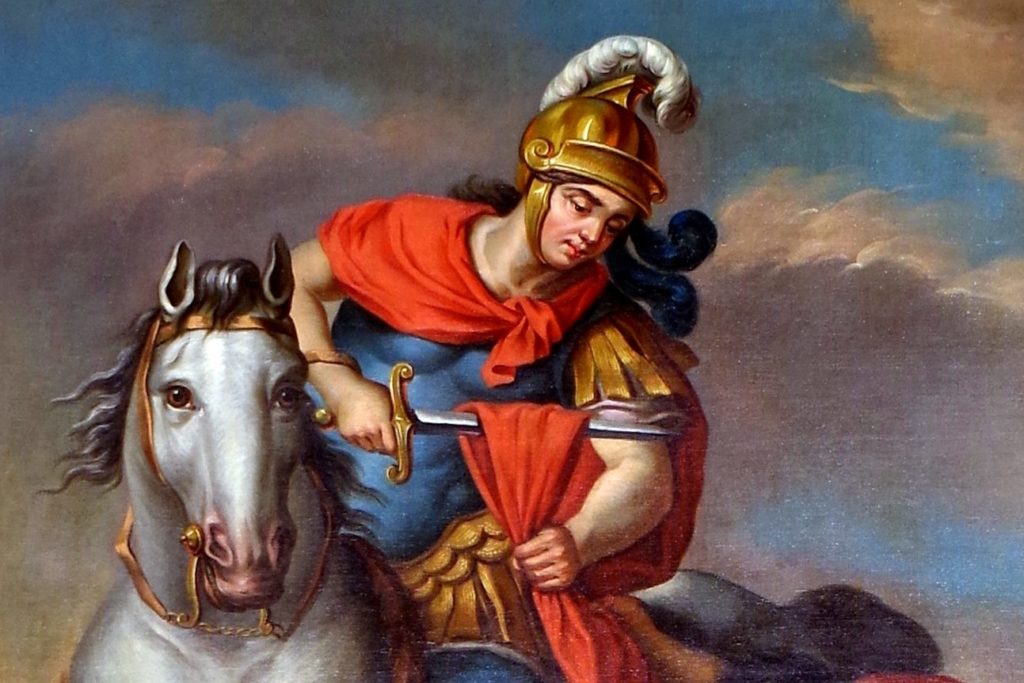 “[The United States] is dedicated to the Blessed Virgin [but] the fact of the matter appears to be that St. Martin of Tours picked the United States out for himself. When the Pilgrims were newly arrived in Massachusetts, they were saved from starvation . . . [by] that mild season known in Europe as St. Martin’s summer. When the Colonies were ready to cast off the British yoke, they adopted the Declaration of Independence on July 4th—the Feast of St. Martin’s translation and ordination . . . It is not merely matters such as these that suggest St. Martin’s influence over the United States.

“The often-depicted incident of [St. Martin] dividing his cloak with a beggar typifies the traditional generosity of our nation in relief of the destitute of all lands. His decision to renounce military life on becoming a Christian . . . reflects the driving idealism . . . and the peace-loving character of our foreign policy. St. Martin’s distaste for fancy trappings of office strikes a responsive chord in American hearts, as does his democratic manner toward counts and emperors . . . Our nation was the first to achieve separation of Church and State [and] in a dark and often bloody period of history, St. Martin was one of the few to stand against the persecution of heretics . . .The best characteristics of American life are the characteristics of Martin of Tours.”