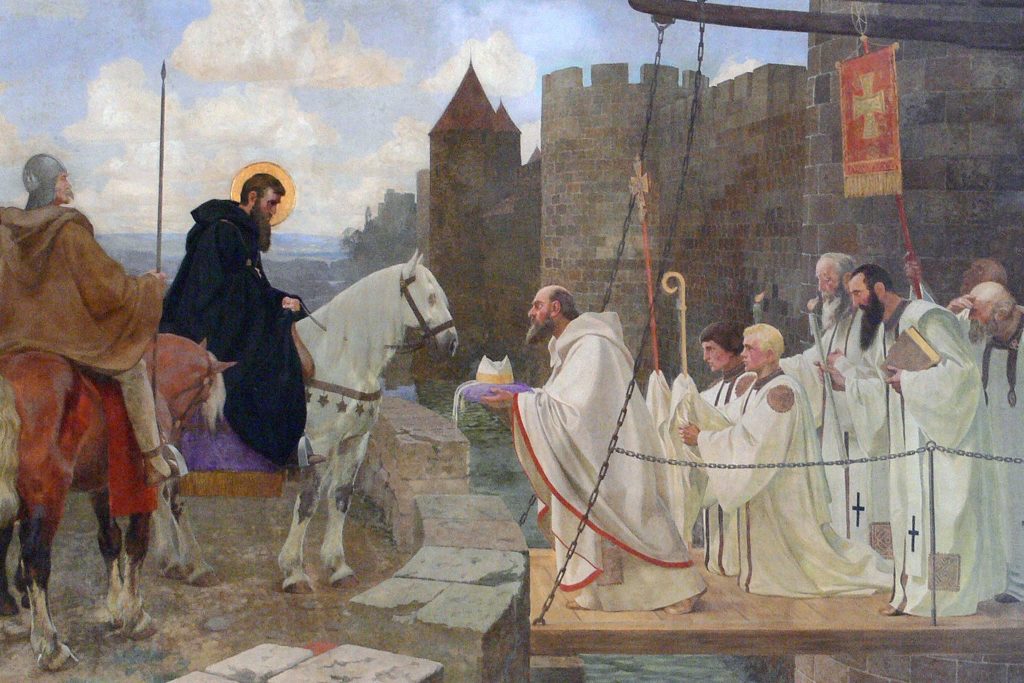 “In his time, Martin inaugurated an entire civilization: He very humbly took the first steps toward making every Christian responsible for his neighbor.

“As a bishop, he was different from the other bishops who settled down in their town, celebrated the liturgy in the cathedral, and taught those who were around them. Without fanfare, without announcing his intention, without in any way reproaching the others, he constantly overstepped the limits of his city and of his diocese; he became the itinerant bishop, because he was concerned about instructing the people of the countryside, the pagani, who remained pagan. He did not look for crowds, but spoke to little groups of villagers. This is perhaps not what the people of Tours expected when they called on him to be the head of their diocese, but it was what would raise up the steeples of our villages and bring about the flowering of rural France.”