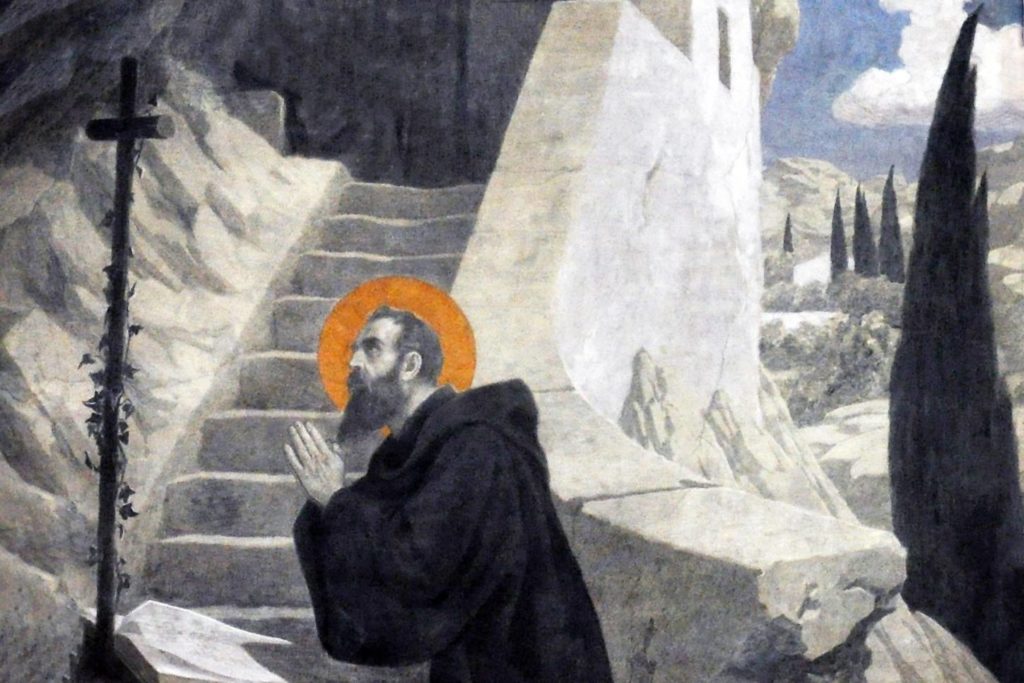 “When Martin of Tours began to introduce the ascetic life to Gaul in the middle of the fourth century, his disciple, Sulpicius Severus, humorously described his difficulties in a dialogue. He quoted a typical Gaul’s response that fasting was simply alien to the nature of his people . . . Nevertheless, in the twilight of the western empire, many people turned from the transient world to the contemplation of eternity. Monasticism in the embattled west was more likely to be an urban phenomenon, a fortress against the violence of the desert, than a haven from the temptations of the city. When the legions of Rome retreated, the power of prayer became the sole recourse for the women and men who defended the city of God.”