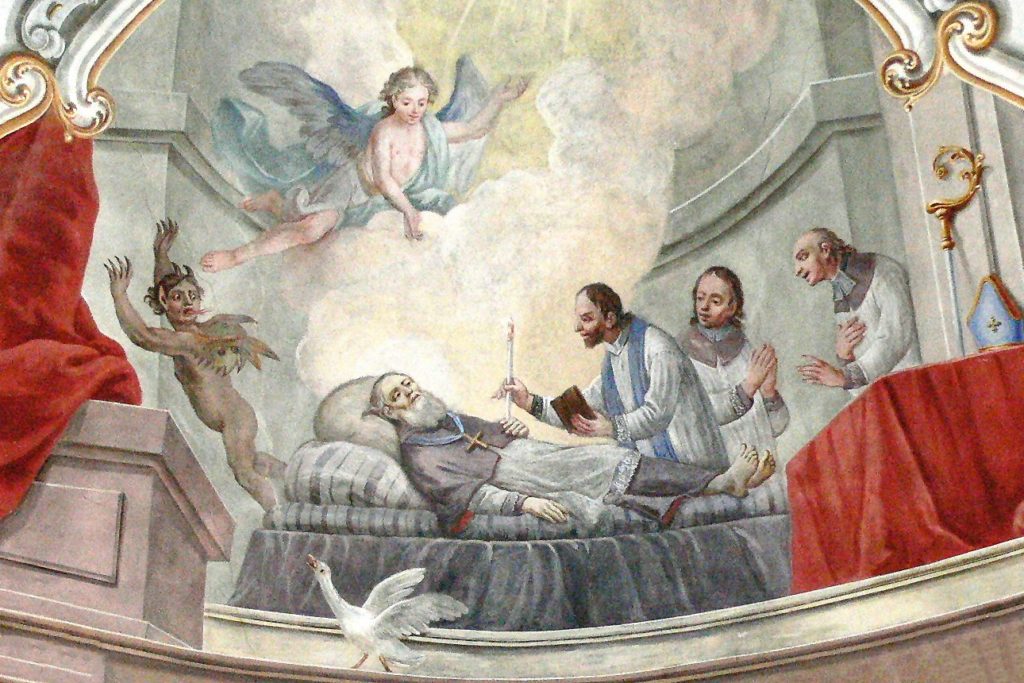 “The day of his death had been revealed to S. Martin, it is said, for a long time. At last the end came . . . When he told his disciples that he was about to leave them, they were filled with sorrow, and could not restrain their tears. ‘Why, holy father,’ said they, ‘are you leave us? To whose charge are you committing us? Ravening wolves will seize the flock after your departure . . .’ Moved by the sign of their grief, the aged saint lifted up his voice in prayer: ‘O Lord, if I am still necessary to Thy people, I do not refuse the labor; Thy will be done.’

“He continued to the last his austerities, lying in sackcloth and ashes, with his face towards heaven and his hands extended . . . Once more the Devil appears, and, uttering his last defiance against his life-long tormentor, S. Martin passed away. A concert of angels was heard in heaven . . .”