The nights will be long, dark, and cold.
Jack Frost will freeze the ground.
How shall I find the light
With so much darkness all around?

Said Father Sun, “I’ll give you from my
Last autumn rays, a spark,
If you will make a little house
To hold it in the dark.”

—from “George’s Lantern” by Anonymous

Martinmas, or the Feast of St. Martin of Tours is celebrated each year on November 11th. The story of St. Martin (b. 316 A.D.) begins with his decision as a young man to become a Catechumen (a convert to Christianity who has not yet been baptized), against the wishes of his parents. Although conscripted into the Roman army, he found his duties as a soldier to be at odds with his new Christian faith. After a series of trials and tribulations, including being jailed for refusing to fight, he was baptized and embraced monastic life; he was made Bishop of Tours in 371 A.D.

St. Martin is most famous for an event which occurred during his time as a Roman soldier. Legend tells us that upon entering the gates of Amiens (France) on a cold, snowy evening Martin happened upon a beggar clothed in nothing but rags. Without a second thought, Martin took his sword and cut his red military cloak in half and gave part of it to the beggar. That night Martin dreamt that he saw Christ wrapped in the piece of cloak, which solidified his burgeoning faith and was perhaps the catalyst for the rest of his life’s work. St. Martin is associated with many other miracles, and he was instrumental in the conversion of Europe. In fact, we derive the English words “chapel” and “chaplain” from the Latin word cappella, used to describe both Martin’s cloak—a sacred relic—and the sanctuary where it was kept after his death.

St. Martin is naturally associated with the color red because of his cloak, so I like to incorporate a lot of red into my Martinmas decorations. I also like to gather some naturalistic elements from the woods behind my house—it’s a happy coincidence that Mother Nature gives us bright, red winter berries and dark, crimson leaves to use this time of year—they make a lovely centerpiece along with images of St. Martin.

In the evening we eat a delicious feast in honor of St. Martin and read The Star Child, written by Jacob and Wilhelm Grimm & illustrated by Bernadette Watts. This beautiful picture book tells the story of a little orphan girl who gives away everything she has, even the clothing on her back, and is handsomely rewarded with star money falling from heaven—a perfect complement to the legend of St. Martin. A nice way to tie the story into the decor might be to hang beautiful gold stars from a branch mobile above the feast table (see photo below). 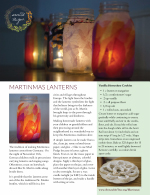 In much of Europe the Feast of St. Martin is celebrated with a lantern walk in the evening, and we do the same. We make beautiful lanterns with glass jars, tissue paper and Mod Podge, and process with them around our neighborhood in the dark. There is something so wonderful about watching the light of one’s own little lantern reaching out into the darkness; to know that each of us carry a “light” just like this inside of us and that we can use it as a force for good in the world—to love our neighbor and to share our Christian faith with others—just as St. Martin did so long ago. 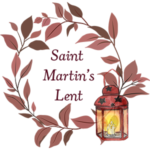 Most of us have come to expect a four week-long Advent each year, starting sometime near the end of November and ending on Christmas Eve. In the past, however, Advent was observed during a seven week period in much the same manner as Lent, though with slightly less emphasis on penance. This longer Advent season earned the name “St. Martin’s Lent” because it historically began on Martinmas and ended, just like today, on Christmas Eve. It was also called, variously, “St. Martin’s Fast” and “The Forty Days of St. Martin.” Visit my St. Martin’s Lent page to learn more about it.

Some lovely books for children and adults: 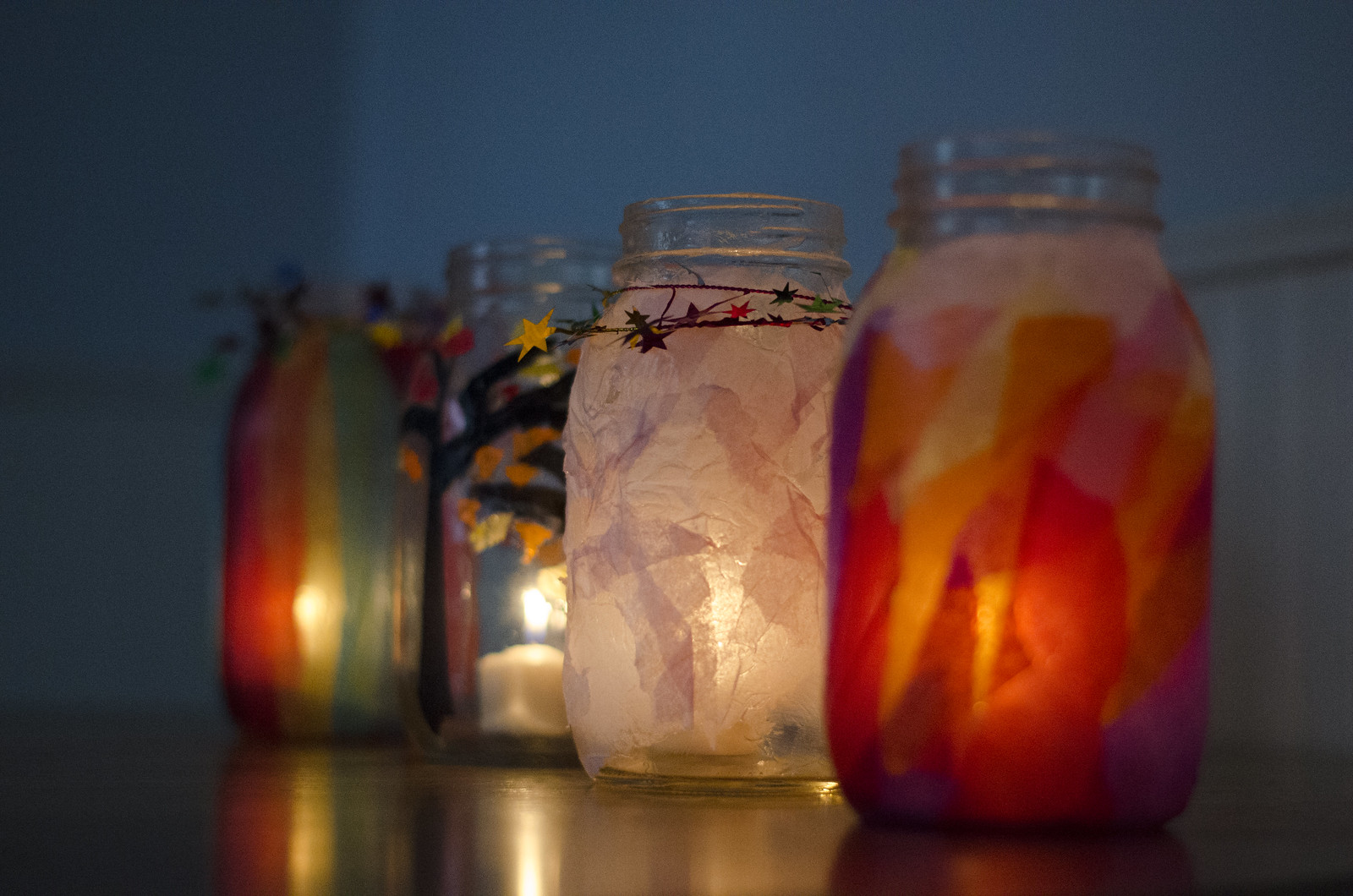 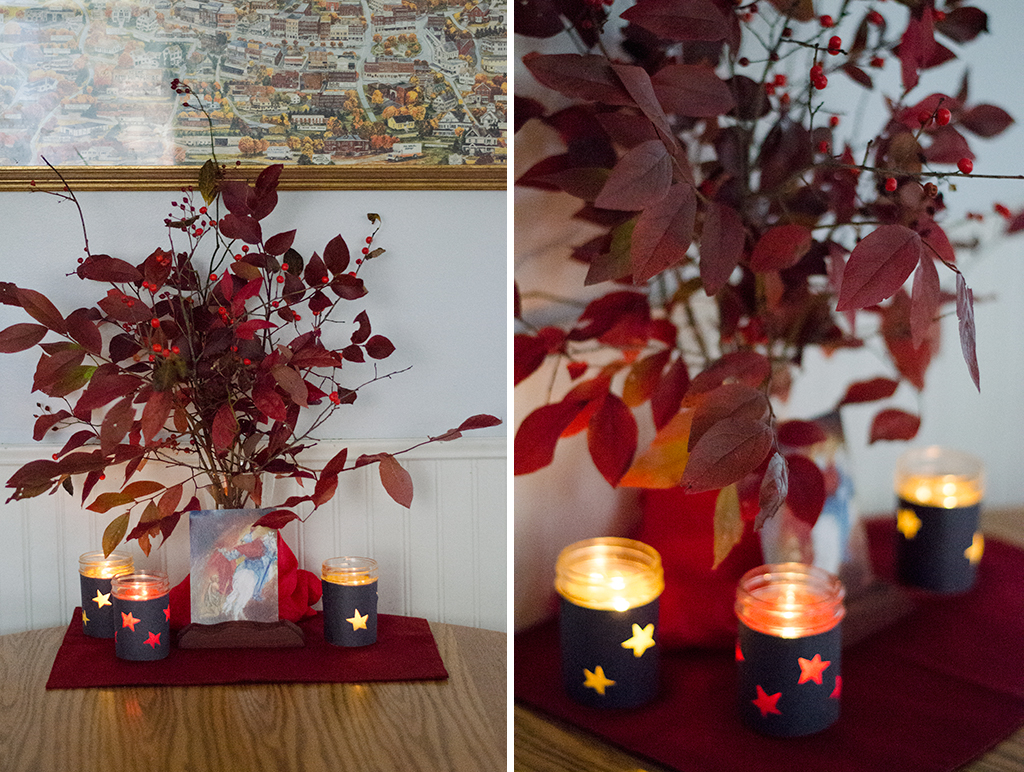 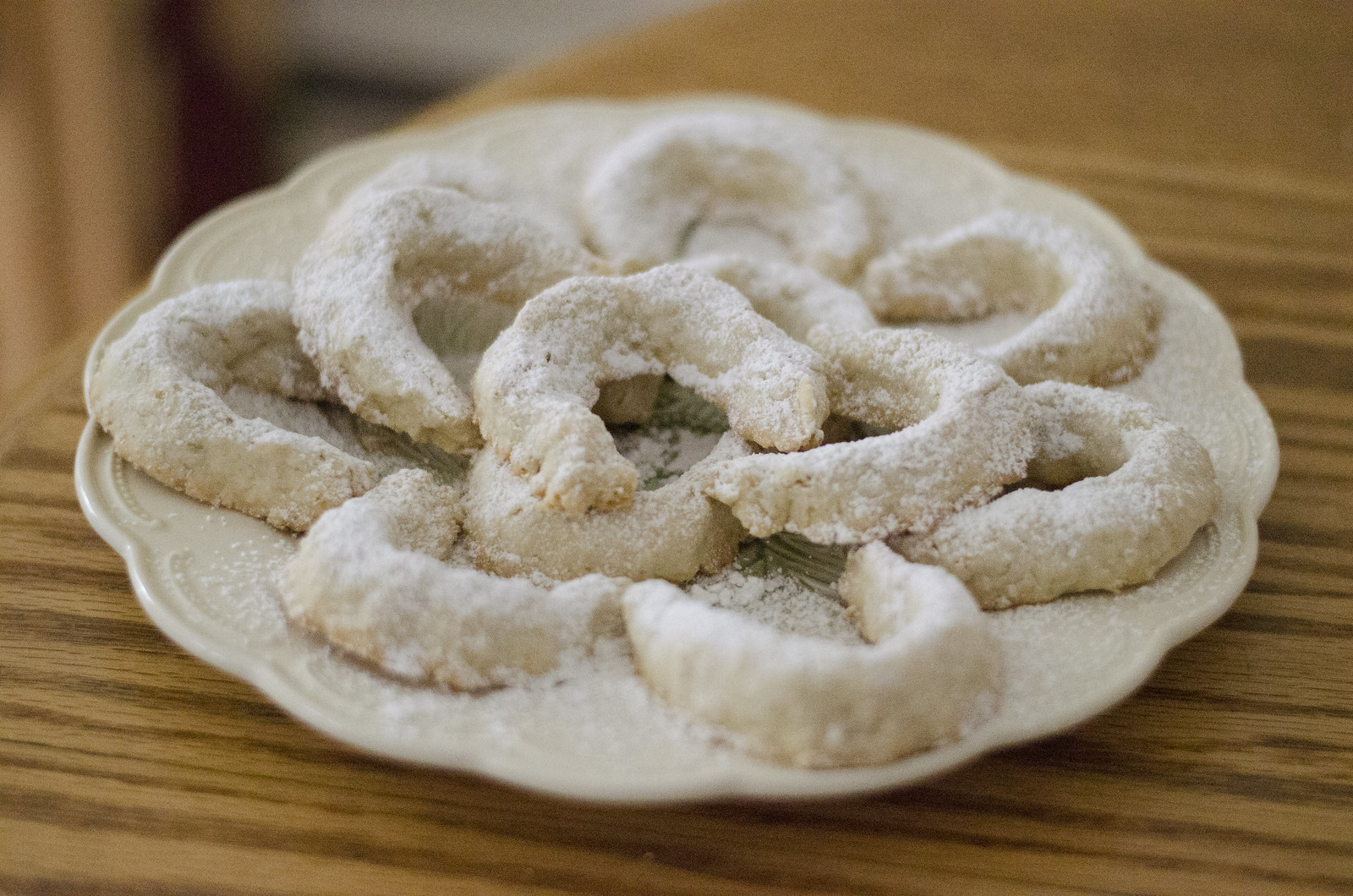 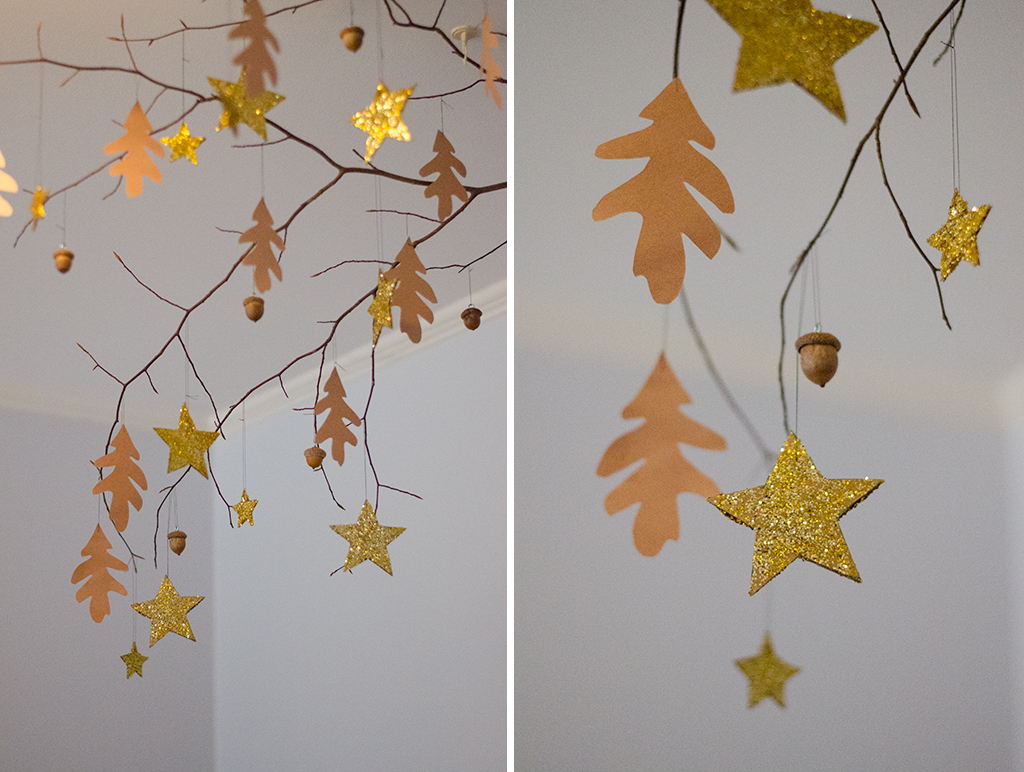 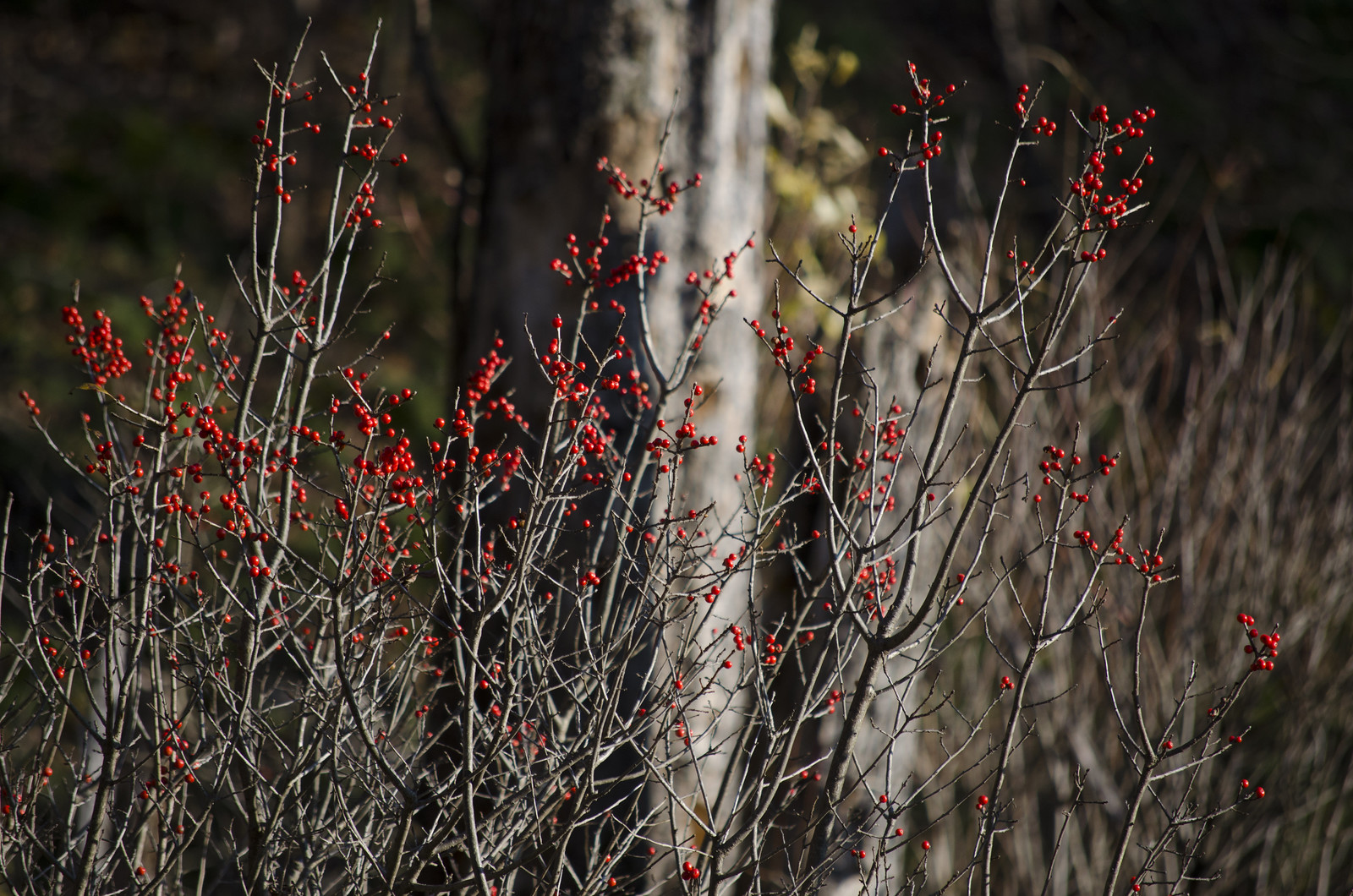 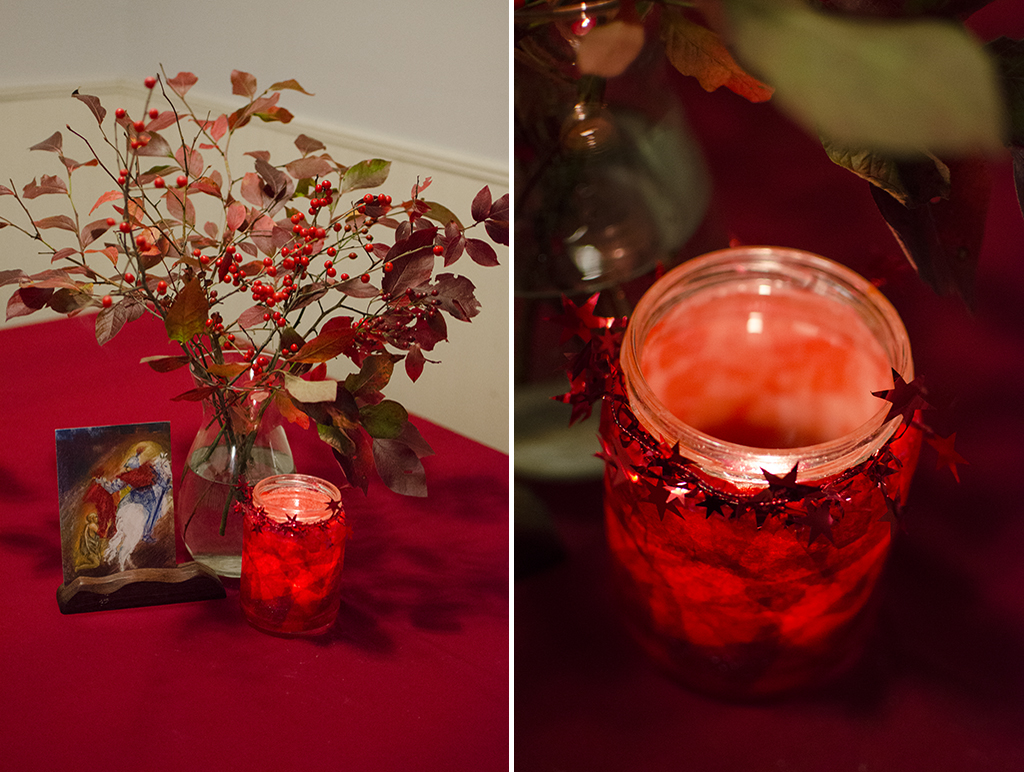 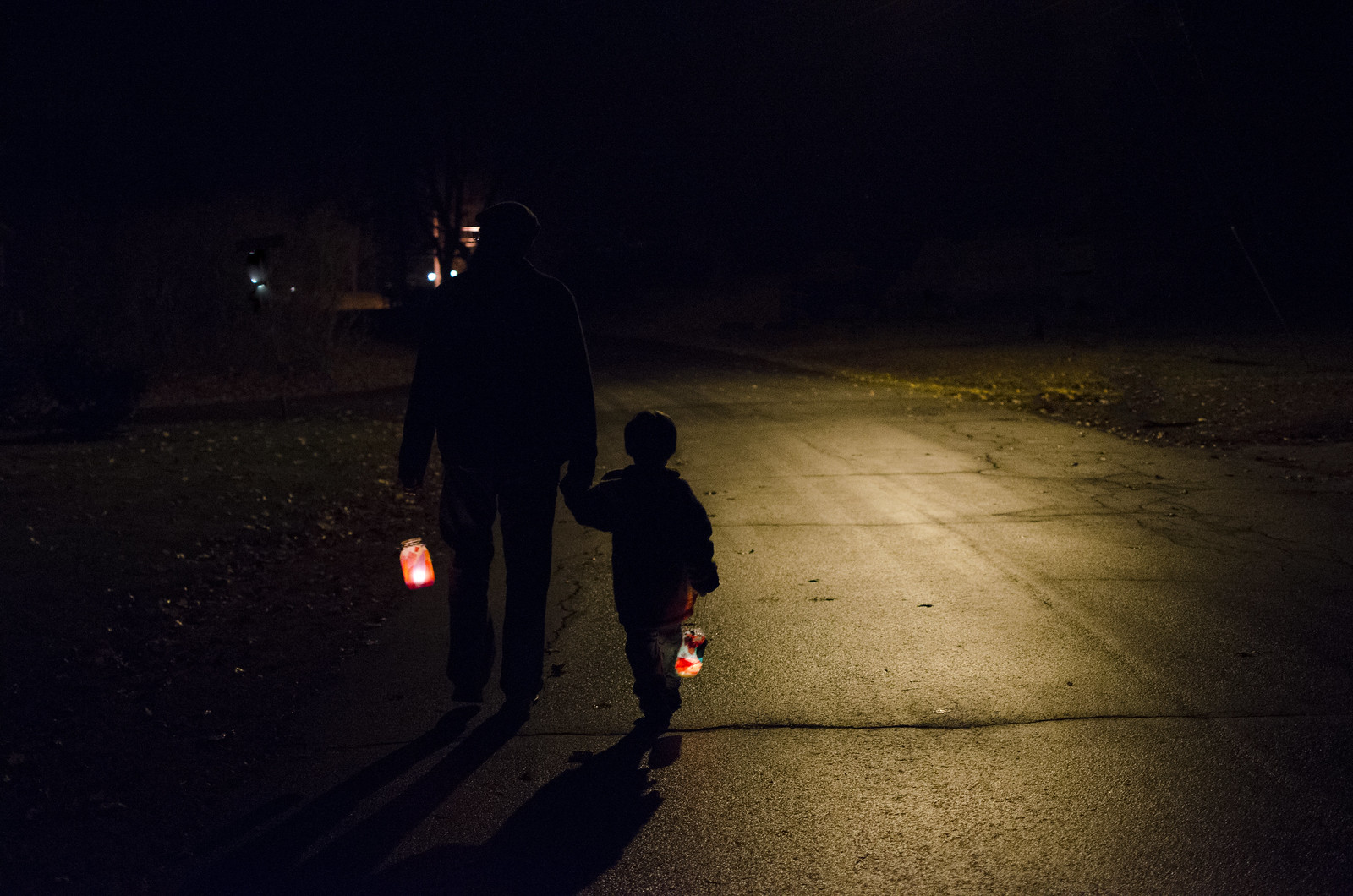 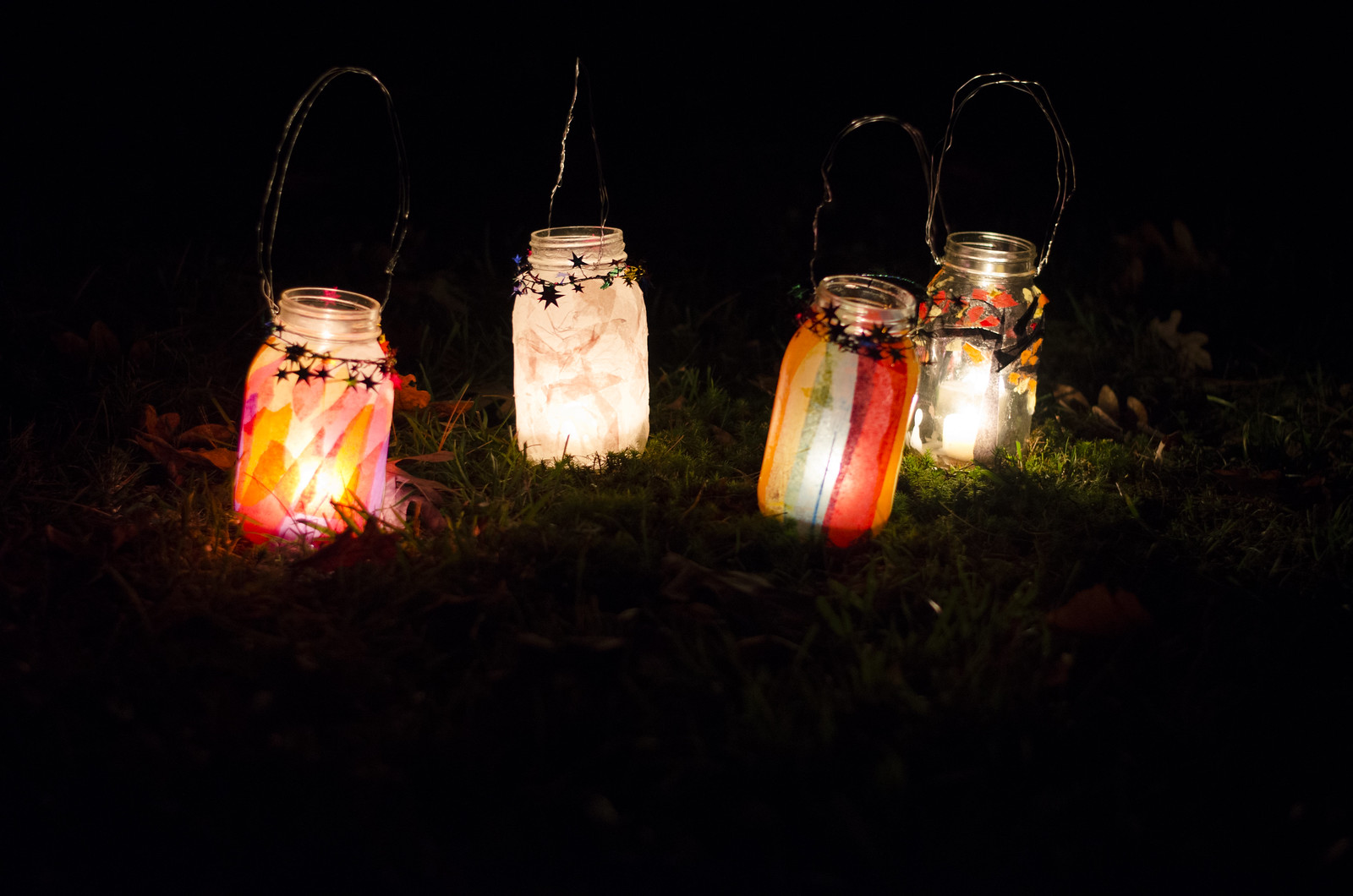 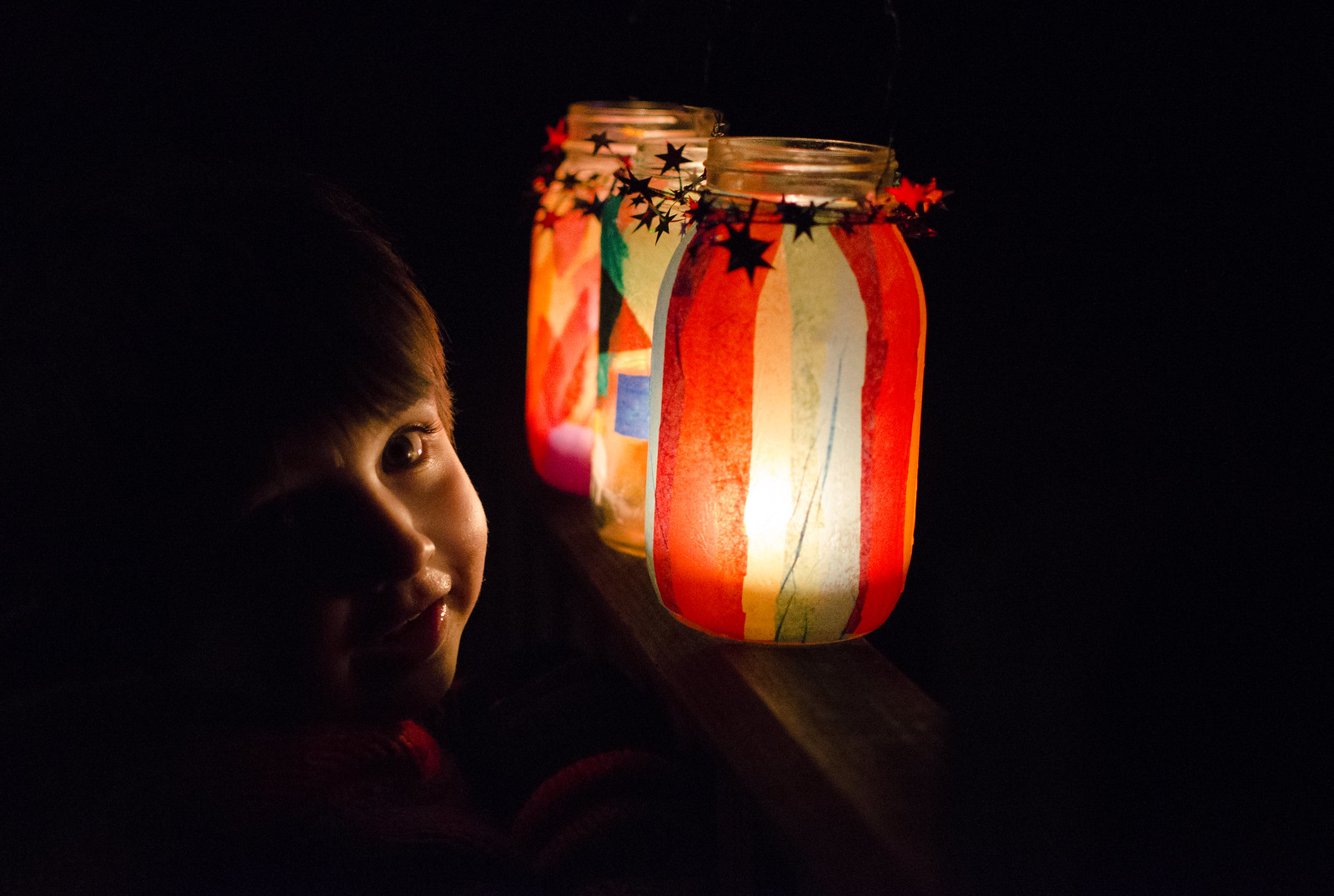 For more ideas and inspiration for celebrating Martinmas, visit my Pinterest board!

Martinmas, like many feast days, usually involves a lot of meat—traditionally roasted goose or sausages. I’m a vegetarian, so I created my own menu based on some of the traditions associated with Martinmas, especially in Europe. We have wine because St. Martin of Tours is the patron saint of vintners. I adapted a recipe for Sausages & Apples using my favorite brand of vegetarian sausages, and threw in a side of roasted carrots and parsnips because they’re quintessential late autumn vegetables. Wine poached pears are a phenomenally delicious nod to medieval cookery, and surprisingly easy to prepare. And, of course, a Martinmas meal would not be complete without Vanilla Horseshoe Cookies, which are traditionally made for St. Martin’s beautiful white horse—they’re quite tasty for humans, too!

Directions:
1. In a large skillet, heat olive oil over medium heat. Add onions and cook until slightly softened. Add garlic and marjoram and sauté for an additional 30 seconds.
2. Add sausages, water and cider to skillet. Cook until water is mostly evaporated.
3. Add apples, cover, and cook until soft and lightly browned, about 10 minutes.

Directions:
1. Combine wine, sugar, apple cider, vanilla, and cinnamon in a large skillet, and bring to a boil over medium heat.
2. Add pears, flat side down, and simmer for about 10 minutes; flip pears over and simmer an additional 10 minutes.
3. Remove pears to cool a bit. Continue simmering wine sauce until it has reduced by about half (a spoon dragged through the sauce should leave a trail).
4. Remove sauce from heat and pour over pears. Serve warm, but not hot.

Directions:
1. Preheat oven to 325° F.
2. Cream butter. Add sugar gradually while continuing to cream; beat until fluffy.
3. Stir in vanilla, flour, and salt. Add rolled oats and blend by hand, kneading the oats into the dough while still in the bowl.
4. Take a bit of dough, roll into a short “snake” shape, and then bend into a horseshoe on the cookie sheet. Repeat until cookie sheet is filled. These cookies don’t rise much, so they can be placed pretty close together. Bake until lightly browned, about 15 minutes. Remove carefully from cookie sheet, as cookies are very rich and break easily—place on rack, and enjoy at room temperature.